Dos and Don’ts on setting up a SMTP Server 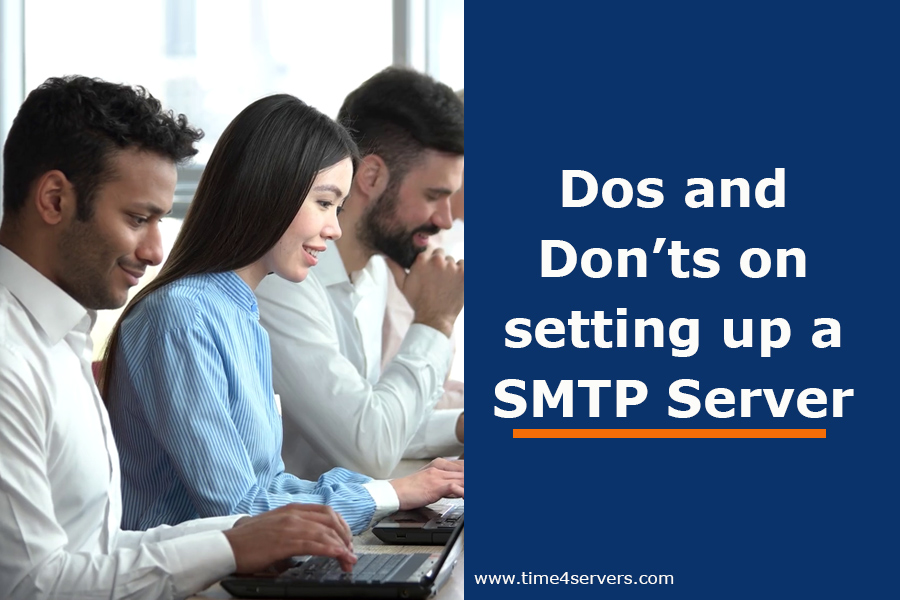 Sending emails requires a server (more than one) that does the job of sending mails to the recipient.

The most popular email marketing server is SMTP stands for Simple Mail Transfer Protocol. They work through a protocol calling or command.

It is saying that the success of email deliverability depends on the performance and characteristics of server i.e. SMTP server for bulk mailing.

So, it’s important to monitor, configure, and set up a SMTP server to the magnificent.

While setting up an SMTP server hosting certain Dos and Don’ts have to be kept in mind. It is important because at the end, it ultimately affects your email campaign.

To make any changes or gearing up your server up-to-the performance you require authentication of clients by credentials before allowing any access.

There such kinds of various things that have to be kept in mind while setting up an SMTP server. Those are discussed under the head ‘Do’s and Don’ts of SMTP Server’.

What is SMTP Server

SMTP server is a mail sending server that facilitates your emails sending to the right destination. This is done via the help of various servers or protocols such as SMTP, SMTP Relay, and SMTP Relay Service.

When you click on the send button the SMTP server receives the command and initiates the further process.

Do’s and Don’ts of SMTP Server

1. The new version of SMTP server has a feature of ‘Remote Message Queue Starting’ that permits a remote host to initiate processing the mail queue on a particular server so that it receives the messages destined to it by sending the ‘Turn’ command.

2. The process of SMTP that how it works uses three commands and reply sequences. [MAIL command], [RCPT] command, [DATA] command. Use those commands and configure effectively.

In the end, the constant eye on SMTP authentication is important to avoid mistakes that tend to create bigger scenarios. Offshore SMTP servers can brilliantly help you avoid making mistakes. This guide on Do’s and Don’ts will give you scope to perform well with the SMTP server.